" My grandfather once told me that there were two kinds of people: those who do the work and those who take the credit. He told me to try to be in the first group; there was much less competition."
-Indira Gandhi
UT, a young, flamboyant person is always by surrounded by people. His aura is such that people love to be with him. The inspiration behind UT's aura is his grandfather. His grandfather was a man of virtues, who would not let a mouse pass through a hole if it did not belong to it.UT would often mull about the shambolic conditions around and greatly respect his grandad for all the values imbibed in him. He realised that virtues such as honesty, integrity were  more precious and valued than a diamond today.
His college, a reputed institution in India for graduate education was situated away from Indore, the place his granddad resided. Not that he did not enjoy the company around in college, but for him, talks with his grandpa made him forget the passage of time. To keep up with the loss, he would come home after his semester got over."Keep your studies above anything.You know son, you will surely stand out of all the people around you not by doing anything special but by diligently following the basic principles which I taught because that is going to be valued a lot; it is something which I see fading away from this world."
When he came back for his vacations, the first thing he would do is enter his grandfathers room, with his bag still on his shoulders. They would sit together and many a times have a tangible discussion. Irrespective of the nature of their discussion, there would always be something to take out of it. They would finally play a game of chess each time before UT left the house to attend his college. In a jovial mood, his grandpa would often say, "If you win, your semester would pass really well. For me, you winning this game matters more than the marks you score there. Maybe because I think chess is still a yardstick to judge one's smartness and intelligence.Education quality seems to be degrading with time and no longer seems to be a gauge for intelligence anymore." UT would be amazed and try his best to get a pat from his grandfather by winning. 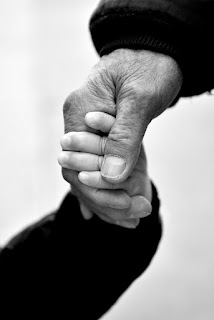 In the summer of 2013, he had won the vacation-concluding chess match with his grandfather and left for college to attend his last semester. He was happy that the vacation had ended on a good note and had complete faith in his grandfather's words of his semester passing well. Seldom did his innocence know that the pat he got on his back was probably the last one. When he heard of his grandfather's demise just after a month, his consternation knew no bounds. He cried for long that day, as each memory came back to him like a flash. It was like through his memories, he was re-living each and every moment spent with his grandfather with greater glory. His grandfather's demise was a prime motivator to follow the principles of diligence and living life on his own terms. Having said this, he also had the realization that his motives were about to meet a huge resistance from the unfair world but he knew right from the start, this goal is not for the faint-hearted.
As Bill Cosby rightly said,
"In order to succeed, the desire for success must be greater than the fear of failure". He has been sticking to his stand till date and only does what he feels is correct. Following his grandpa's advise, he tries to diligently do his work and ensures he meets his own set expectations, in a world where every employee's expectation is set by his/her supervisor. The path to a content life he says, in words of the so-called 'employees', "be your own supervisor, exceed your expectations and take charge of your life". Through his principles, he shares an eternal bond with his grandfather.