....and this is what is friendship.

This article is totally dedicated to one of my friend, who has been the greatest blessing to me till date.
We played together throughout our childhood but may have been just an acquaintance back then.We met daily but our discussions were just formal and of the "hi-hello" types. We were so near but yet so far.
The distance which separated us was that of time. Time had not come or both of us to realise that we might be such good friends and a benison in some way for each other. Time passed by and he went his way and I mine totally oblivious to destiny. For so many years, he was a normal person to me, until one day.
He was standing at the bus-stop and totally engrossed in his activities, I just went by and we started talking generally about ongoing topics. One thing which amazed me is his passion for reading.We had so many books to talk about, the vivid experiences. We reached our eureka movement when we both read a surprisingly intriguing bestseller which was totally of the "vulgar"(not really but people do call it that way) genre. Our discussions were totally based on a very famous female character portrayed in that book.
That character created such a strong bonding that with each passing day, our discussions would increase. There wasn't a single moment when we both got bored of each other. I truly believe that such bonds are tied naturally when you least expect them to. The character was just a reason for things to happen.
Travelling is a part of our daily chores, which is nothing less than 7 kms. Deciding to accompany each other in such a tiring journey is the best thing ever done. Making fun of the ongoing events in a sarcastic manner, taking away the seat of a person trying to vouch for a seat in the bus were some of the pleasures we have had and are still having. As a routine, we  daily see some people who silently acknowledge their presence unknowingly but never come and talk with us. Somewhere, their acknowledgement and presence has become habitual and though they are not related to us, we observe it to be abnormal not to see them for a while.These are the small but inordinately wonderful experiences and encounters.
We strike a cord with people who have undergone the same problems as ours since during distress we actually need some expert opinion, and that is where he was and still is a blessing. I often loose hope over things thinking pessimistically  and he is the first to boost me and give me the necessary optimism. That is where a real friend comes into picture; being by your side in your ups and downs. He relishes in every small and infinitesimal success of mine as well, asking me to do each task and every thing with equal alacrity, optimism. The value which we have for each other, I think,will never degrade come what may.
Friendship is all about inordinately sharing experiences, being there for each other and respecting each others space in life. The best part of friendship is that we get so many things without expecting much. I've observed that many 'tagged' relations which come with a tag of expectation often lead to dismal ties(with exceptions as always).People become friends with their father,mother and brothers,why? probably it does allow one to share one's experiences without thinking much about the formality of ties and hierarchy.
Since I have known him for such a long time, I just poured my heart keeping him in mind. I am meeting so many good souls out there that someday the pages will be too less, ink will dry away but still I may be unsatisfied writing and expressing about them.....and this is what is friendship.
P.S:Talking about his name, hope you get me SN. 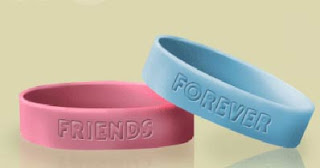