APTITUDE BUT NO ATTITUDE

Any organisation paying a considerable amount of money as one's salary has one thing written on its door: "you don't have the necessary APTITUDE". Any diligent and deserving person, failing to clear the test would get depressed above reasonable limits.  They talk about not having the necessary APTITUDE.
Let us now see how such aptitude is acquired. Well, all you need to do is sit with some book which provides certain fixed methods to solve the problem. Students who follow that method are said to have acquired the knowledge of how to solve the problem without actually putting to task one of the beautiful creations of the Almighty:THE BRAIN. They surely pass this test and get satisfied momentarily that things are in their favor and then to their dismay finally(except the deserving ones). This is what happens to some who qualify for the APTITUDE test but fail to make it. Let us now have a look at those who do not qualify.
Here is a person, who slogs hard, works hard and does practical stuff but does not do one thing namely being a bookworm. He feels that the aptitude test doesn't test your aptitude but it tests how well you know the methods to solve a particular problem, how well you know the formula's irrespective of the methods used to derive it and the basic knowledge of it. Some might say, they only give the statistics and what and when to do is what students giving the aptitude tests decide. My reply would be  "Given a plate with rice, daal, pickle randomly arranged with various combinations and having been asked to reach the goal state which is a particular combination seen multiple number of times and present either strongly or bleakly in the memory, what is the great difficulty??" It's as good as taming the mind to recognize combinations and respond accordingly.
ATTITUDE and THINKING and not only APTITUDE is what one must look out for.  According to me, people with ideas creativity must be preferred than those who sit in front of a book and try to memorize formula's to clear an apparently aptitude testing test. Though, I admit that there are some really good quality questions but now is the age of ideas and innovation. I would rather prefer a person, who is a little less on the above mentioned area but more on the train of thoughts.  The way a person thinks, the way he\she approached any problem in life, may it even be personal portrays the intelligence of the person more than any aptitude test could ever show. The programming skills which are required could be easily acquired now or later but the thinking which a person has should be the greatest asset to any organisation. Nowadays, workshops and seminar's are organised for people on how to interact and improve one's interpersonal skills which was once upon a time not a grave matter of concern. 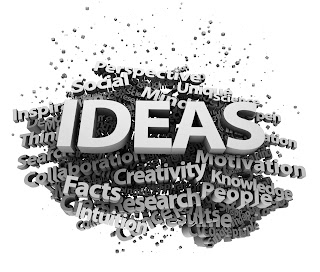 All I would say in this issue is that a person must be judged face-to-face for his\her thinking, will power to learn things and his\her dedication. As told, the above mentioned skills can be acquired by any person but thinking is a gem among other things. One might as well say, a person can easily bluff showing fake optimism but I would say one cannot bluff about his unique thoughts and that becomes quite visible either ways.I nevertheless state that I am not against the practice of conducting aptitude tests but would be more pleased and at peace if questions which judge one's thinking, imagination would also have been included as a parameter for measuring a candidate.
Good day to all of you!
Posted by Anirudh Rao at 8:46 PM