India's batting order will never be the same with a void number 4 (in test cricket specifically). The field will dearly miss his charismatic presence. He is the one who made the stadium come at a standstill and the people at home hold their breath when he reached his anxious 99. People around the world used to freeze whilst doing their work only to see one more run getting scored and to realise themselves the difference between 99 and 100 when this man played the game. He is the reason why innumerable offices here today have televisions installed and especially working when India plays cricket.He is also the reason why afflicted people who once were reluctant to get up and walk used to dance magically when he reached a 100. I am talking about none other than the GOD of cricket  MR.SACHIN TENDULKAR. Innumerable records made and equal number of records broken. It was never imagined that records will be broken with grace, the thresholds of cricket and records have transformed to once "unrealistic levels" to realism now. This legendary man has a plethora of records to his credit with one of the best being the heralder of double century in ODI. Following his record then, there were others who made their presence felt in this league of ODI double centuries. Such has become the game that Sachin makes the rules and others follow them when it comes to making and breaking records. One of the other flabbergasting and mind boggling records set by him include the 100 100's(centuries) hit by him in his cricketing career with 200 test matches played and myriad ODI's. I could just make a table highlighting his records and that would go on for pages.
He has achieved what so many of us here wish to achieve but fail to do so, by setting an example of himself to the young aspiring minds here. Whenever i saw him getting out, half of the expectations of a victory  for the team would get shattered. He was the "team" for me. One of my friends named Aadesh for whom cricket became a passion and still is, who represented our college team finds his gentle nature and aggression whilst batting impressive. He is developing his skills keeping Sachin as the reference when it comes to technicalities while playing shots like cover drive, Straight drive,Paddle sweep etc. Like Aadesh, there are innumerable of us who try to imitate his actions, batting like him and I too am proud to be one of them. 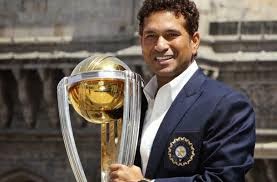 I fondly remember those anxious moments when he was in his 90's.I also cherish all those memorable anxious sips of coffee I have had just expecting a four or six for him to reach a perfect 100 and then used to get slightly disappointed since he used to keep up the heebie-jeebies of that situation by just scoring a run. He failed many times by getting out in his 90's but what is worth noting is how he rose not just for these 100's but even in his life. After so many minor injuries and a critical injury in his life, he never left pursuing his passion and he rose like a Phoenix from ashes and returned to be there on the 22 yard pitch which will henceforth miss him. How can one forget the time when his father passed away in 1999 and his early magical return to the field which was a grandiose boost to our team that time. He was pitted against so many opponents in the game but his reply was one with that of grace. He let his bat do the speaking. 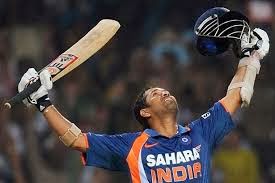 His farewell speech clearly shows how grounded he is as a person. He is a silent achiever I would say, having lived in his own world and with his own people whom he dearly values, he has achieved laurels and made our nation proud. I would coin him a 'common man with uncommon achievements' that he believes in simplicity and hardwork alone. This game will really miss him to the extent he misses this game or maybe even more than that. Today, with great pride, he leaves the game, leaves the team responsibly with a set dynamic and young budding players who have had the golden opportunity to spend their time with this LEGEND and let his charisma and skill inspire them in their quest to make the team successful.
His physical presence in the field will be missed but he will be eternally present in the minds of tons and tons of people here for whom he has been an inspiration and a reason for cricket'ing'. 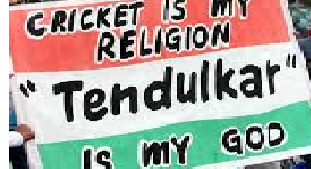 WE WILL MISS YOUR PRESENCE..THE GOD OF CRICKET,THE MASTER BLASTER, SACHIN TENDULKAR.