" Conflagrating forests, starving friends,mass destruction; many of my friends were bludgeoned to death. He brought me to a house which had four walls. A restricted area; these "people" prefer themselves to be engulfed by the walls they build on their own. They call my house a kennel. They fascinatingly coin a term for just everything so that they could blurt it out when amongst other people to show their knowledge. My owner had taken me to a party once and there he was apparently ranting about all the complexities involved in keeping me alive and the associated expenses. Well, Mr Owner, do you know how much expensive it is to the nature to hold you? These people are the greatest irony, they want restricted areas to live but unrestricted imagination,ultimate security for themselves at the cost of insecurity of a many, want to be titled the most intelligent creatures of this earth but doing insane acts like devaluing emotions, they create huge structures but small hearts.
You might wonder why am I on a tirade mode today. While I tell you I might be breathing the last few breaths of my life, I just hope Ill be able to complete." 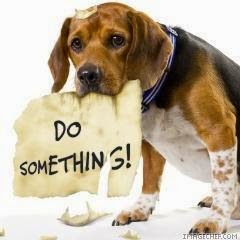 "Servitude had been always been in my veins. mind you servitude with loyalty of the purest form.Once he took me to the beach near my house. They have intelligently coined a term for this too named it after some human as if they were the owners of everything. They forget that this world is cohabited with so many creatures far greater than the population of theirs. They want dominance. Anyways,coming back to my point, he took me there and promised to come back to me after running an errand. Guess what, he never came back, he left me languishing there at the mercy of the tides which struck black and blue. It was a rainy day and I somehow managed and slipped my feet out of that place. I was a well groomed dog with bushy hair and wonderful eyes; it made me wonder, have humans lost respect for beauty? the object which they persuade for all the pleasures they desire? Freedom of speech is what they sponsor but when I barked in the night in one of the streets helplessly making an appeal to my master to come back, I was subject to tyranny.You play music at night loudly its okay, cant I be expressive and call out to my master? They injected me with some chemical and made me unconscious. As  they took me to a "hospital", someone blurted "What a nuisance, but because these creatures exist we are having our job". I couldn't believe it, the cheap mentality they have.They seem to be the epitome of selfishness. Look at me, I, notwithstanding the jeopardy to my life,  serve my master ready to even fight a tiger knowing that I am bound to loose. Will he do that for me?"
"Said enough? well, yes..I dont think what these people are upto is intelligence in any sense..as they left me deserted and at the mercy of God, one day, in one birth, their soul will experience the same and then they will come to know the grief which one has to undergo.", as he said all this, he passed away and the doctors failed in their half hearted attempt to save him.The doctors tried only because they were bound by some law of the land against cruelty "but who is bothered, arent so many humans loosing their lives, we arent able to save them, why to save dogs?"said one doctor and got back to his work.
Ever imagined what animals could have told us? If we have violence, lack of peace as our problems being from the same race, they have greater things to rant about. We must let everyone have their space in life. Let us keep upto our intelligence and contribute to the well being of those wonderful souls out there. 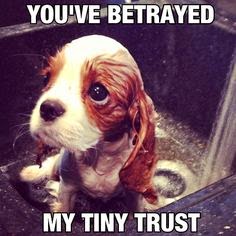 I would like to end this blog on a quote
"Save a life, be it human or any other for the soul that lives is nothing but the energy which is oblivious to the form"
/*on a lighter note, excuse the grammatical errors, its a dog's speech afterall..:p*/
Good day to all of you!
Posted by Anirudh Rao at 12:30 AM