Rohit was a bright young student. He would caste a positive vibe where ever he went. He was a crowd puller had a penchant for learning new things related to computers and programming.It wouldn't be odd to say that he was destined to have a good future. Everyone, including his coworkers were of the opinion that the grass was green for him.
For a person with such an aesthetic personality, it wouldn't be hard to believe that his soulmate was already in his life at the age of 20.  He had first met her in his college library. It took him just minutes to broach up a conversation with her where others would have still counted on their luck for a topic to broach a conversation upon. Within no time she caught hold of his aura and intense passion but she wasn't an easy fish either. Rohit was determined to have her in his life and after days of putting in 'efforts' to know her more, she finally agreed to be his girlfriend.
Dedication was in his veins and he left no stone unturned to keep his girlfriend very happy. His dedication was such that even his life cost him nothing when it came to fulfilling her wishes.Being from the Indian society where caste, creed etc still count, Rohit was caught in the quagmire of either going against his family's wishes or else against his own. He knew that he had chosen her after gauging her for certain qualities which he always wished to see in his other half. His father was ill with Alzheimer's disease but his mother was healthy woman and she would form the backbone of the family.
Rohit's girlfriend was so demanding that Rohit would break down and start crying at times; having succumbed to their pressure  . He couldnt be bogged down ever in his professional life by anyone but here was a person who managed to make him bog down completely and shatter him to pieces. He was weakened by the emotions he had for her. This did not mean that she was bad, just that her nature was so, extremely demanding. Rohit had to weave a yarn each time he would meet his girlfriend as many other Indians do but not because of their orthodoxy but their grave concern of the attitude of the girl. They would often say, "She is making so many demands now, I cannot imagine what can happen in the future if this behaviour persists."
Rohit was once planning a trip with his girlfriend and her family to Manali. As expected, he couldn't convince his mother to let him go. His mother pleaded him not to go as she had an apparent intuition of loosing her son. "I will never let you go for I am sure something bad is going to happen and I am already sensing it. It's a mothers intuition beta and I dont think you are/will be able to understand it after being totally enamored by that girl." Rohit was cunning, he took advantage of his ignorant mother and somehow spun a yarn that he needs to attend a training for official purposes and that couldn't be missed.
"I know what you are up-to and will not allow you to go at any cost", his mother said in utter helplessness.She was so stubborn and adamant that even if Rohit was 'not offered a job by anyone because of not attending these "trainings"', she wouldnt let him go. Somehow, after a lot of persuation and insistence, Rohit had made up his mothers mind and despite her repeated obviating behaviour, he left.
His mother would count each of the 9 days and wait for his routine call at about 9 PM daily. Such was a mothers helplessness caused by being in the dark despite knowing the truth. On the 4th day of his 9 day trip, Rohit was on his way to Chandigarh. A mob of 10 barged in the compartment of the train, each carrying a AK-47. As Rohit was having a co-ordial conversation with his girlfriend and her family, they suddenly, out of the blue pointed the tip of their gun on his forehead and shot 4 bullets into his brain. One by one, they eliminated each of the his co-passengers with no one to spare. 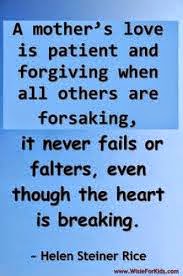 It was 9 PM and his mother was getting restless with a magnitude of 100 increasing with each minute. At about 9:01 PM she tried reaching Rohit on his cell but such was her fate, you call it, the phone never even rang once. At 9:15, tears started flowing from her eyes beyond her control; his father could only understand vaguely that he had actually lost his son forever, the ever-bright, ever shining son who would have surely made his world wonderful, atleast that is what he believed knowing that he would never live to understand when his son made it big. Rohit's mom rushed to the police station and after several investigations, she finally got to know the truth. Rohit was no more, she was flabbergasted, torn and even the tears which hadn't stopped rolling from her cheeks from a long time couldn't take away the heaviness of loosing her son.
Hadn't she told him not to go?Hadn't her so-called 'baseless' intuition predict her gem to loose its shine?All she wished for now is death for herself, what remains of  a mother without her son? a mother who lives, breathes and struggles to keep her children safe. Even God, looking at her untiring efforts bestows these intuitions on her which are nothing but foreboding instincts.Can any love surpass this purity and dedication that even God is forced to betray the laws of logic by bestowing intuition?