So, you are an emotional guy/girl. The cliched statement "You are very emotional" has become so banal. We know so many advantages of being sentimental and emotional but sometimes it is to our discredit. Emotions, I believe are basically scalars, something without a direction(as in they are unreasonable sometimes) and something unfathomable. Its not surprising that most of the times there is always a staunch disagreement between emotions and our mind. Our mind works on logic while emotions have no such thing as logic.
Emotions have a strong force of cohesion i.e their fragments are strongly connected. They strike us badly when we bid adieu to near and dear ones. For instance when we leave our mom to go to work outside,  taking with us 20 years of cherishable moments spent with her, having lived under the shade of her motherly love.All of a sudden we realize that she will no longer be with us to be a part of our daily lives often seen combing our hair, leveling the excess powder we applied to our face, ironing our t-shirts,cleaning up the grandiose mess we leave behind after doing some job sometimes of a small magnitude though. Most importantly, the scolding we get for all the mess we created is dearly missed.We often rebuke to the scolding we get in the heat of the moment but sooner realise  what it actually meant and also that it was for our own good. The same applies to all our near and dear ones but with the respective activities they do. All I stated above seems very optimistic and have a feel-good factor to any third person. Its difficult though when one experiences it and has to accept the same. With time though, we gradually get used to it and then adapt to the new environment. 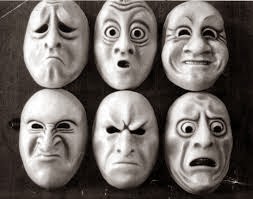 Some people ask me the difference between a life with emotions and the one without emotions when I present them this view. All I tell them is that the difference is the same as the one between a black and white tv and a colour tv. Emotions are those sensations which make life worth living and make life colourful.The depressions are sensations which make us realise that something went wrong and ecstasies makes realise that something we did just was good enough to celebrate. I also staunchly believe that robots can never have the human intelligence until they "feel" things and possess dynamic emotions. Having said this, its quite evident that emotions make us complete humans.
They are the reason why some broken relations are still existent somewhere, that some sort of memory always remains.This memory causes a lot of turmoil. Even in a simple relationship as friendship, a lot of emotions are involved and when that is broken though for the good, the pain is generated, the pain of separation, the pain of having been somehow subjected to unjustifiable behavior,deceit is what remains. Since emotions are logic deprived, although we know that a relationship cannot materialise, we often somehow imagine it to be working, an imagination which can hardly be a reality, an imagination which causes a person to even see through an opaque future. Such is the disgrace of emotions that a person looses control over himself, his/her mind only to see it being shattered by someone who was a pal of yours, now, has gone ahead in life for his/her own interests.Sometimes, when nostalgia strikes, day and night we think about the pleasant time spent with the person without even knowing whether the other person is thinking about you or not. I personally feel that the consequences of hurting someone is something which is accounted for and paid by the sinner in all cases.
Having said all this, I would coin emotions as a powerful weakness. When we are unable to adapt to the situation and accept things which are not meant to be, they are a hinderance and a reason for unjustified things in life. It is such an unique and precious resource that we must not waste behind everyone and nurture it for it to be devoted to the deserving people. I am pretty fortunate to have such people in my life now as friends and there exists this "wireless" but powerful bond called "emotions"
GOOD DAY TO ALL OF YOU
Posted by Anirudh Rao at 11:02 PM